This show originally came out of thinking about an essay by Jacques Derrida that I read 20 years ago and didn't understand and a conversation about comic strips which I did.

The Derrida essay (The Parergon, published in the 1987 volume "The Truth in Painting") argued against Kant's idea of the intrinsic nature of the work of art, a universal value of beauty. In those essays the words Ergon (the work) and Parergon (that which is supplementary to the work, i.e. the frame) are frequently used.

This show contains no examples of parergon. The frame is central to these works. It  is inherent to their physicality and meaning, not an afterthought added to protect and display them. The frame in this context can be the revealed structure of a painting, the exhibition architecture and the society around it, or the journey that a sculpture makes through space. The frame can be physical, institutional, or metaphorical. The gallery is the gutter. 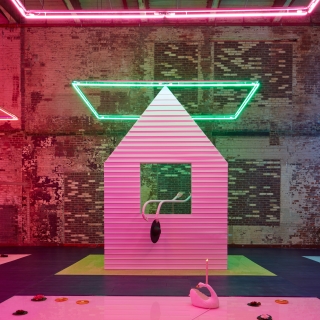 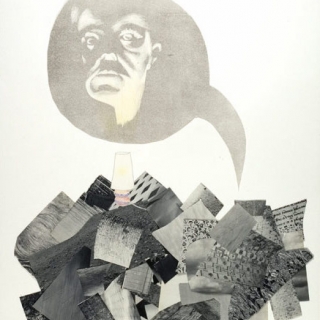