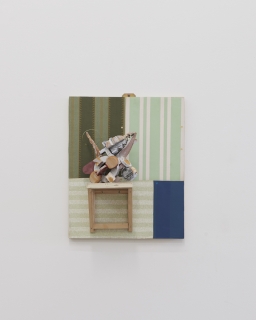 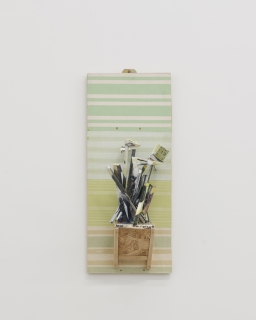 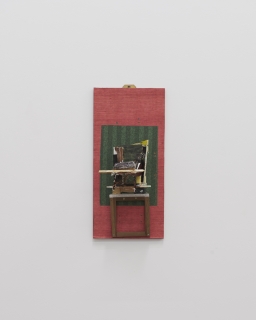 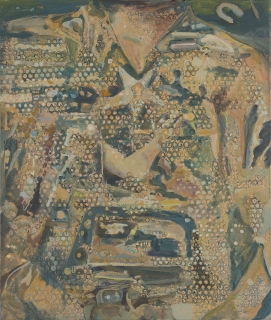 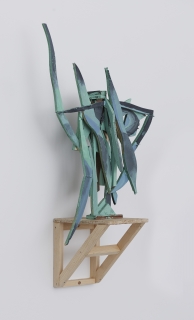 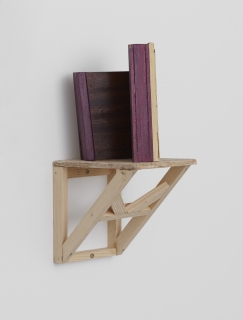 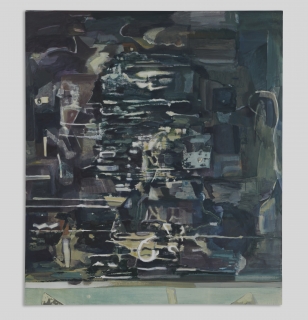 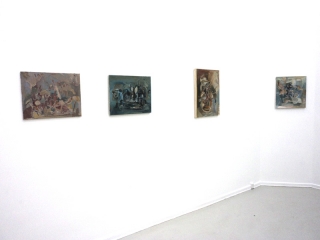 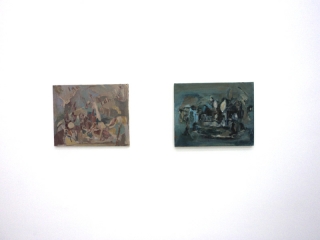 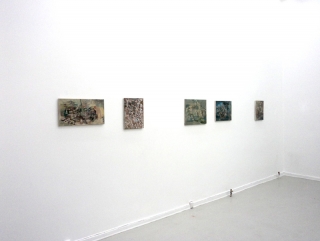 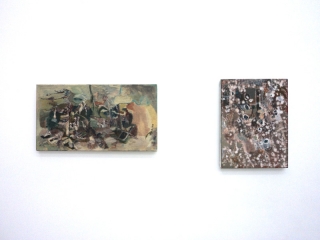 Thomas Hylander’s paintings can be regarded as archaeological excavations – in both the metaphorical digging into his memory and the paintings physical appearance.  Layers of paint becomes layers of time which reveal both a personal as well as an artistic genesis.  With a restless but optimistic belief in the medium’s possibilities Hylander strives to hold on to the feeling and atmosphere of the first glance. In his attempt to recall the places from the past the works undergo a transformation and the paintings become like a travelogue:  I most often start with an idea about a place or an event and then I try to paint something that echoes the original experience, says Hylander.

Hylander’s works often depict ghostly dreamscapes, situated in forests or swamps which invokes a certain nostalgia as Hylander tries to revisit the places of his childhood. Hylander has long been fascinated by how his own life story interweaves with his son’s. The way children explore their surroundings is a rich source of inspiration for Hylander: When I think of my early childhood memories I imagine that me and my son's eras fuse and we are peers. That way my son becomes a traveling companion when I create paintings from memory, Hylander explains.

He finished his BA in painting at Manchester Metropolitan University in 2001 and moved to London where he graduated from the Royal College of Art.

He has exhibited at Jerwood Contemporary Painters, London, Hauser and Wirth, Zurich and Bloomberg New Contemporaries as part of Liverpool Biennial.

His works are in the collection of Tate Modern (UK), Essl Museum (AT), Statens Kunstfond (DK), Zabludowicz Art Trust (UK), The Progressive Art Collection (US) 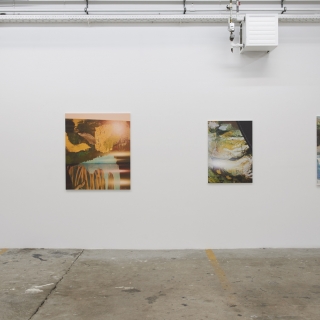 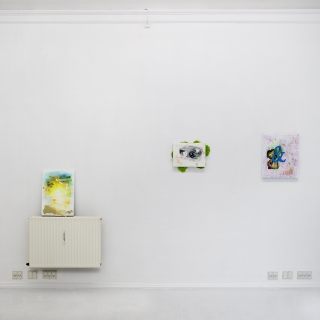 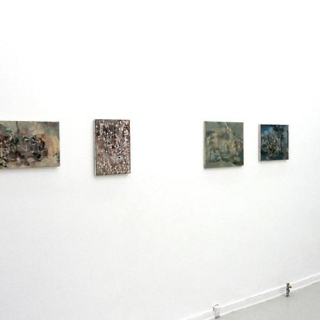 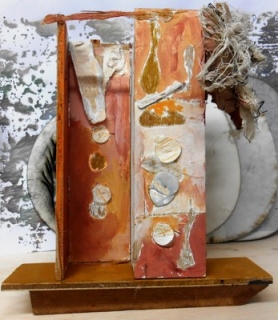 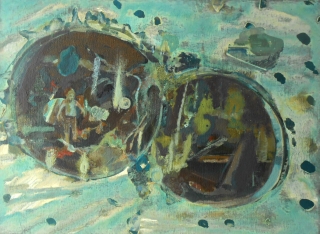