In the works of British artist Keith Tyson the question of how and why things come into being is being treated and investigated. Tyson has a curiosity for systems, man-made or natural, how they work and what they can create. Even though some of his works are based on systems of logic and scientific methodology the science has its limits, and so chance is incorporated to disrupt the predictable and enhance the accident, the surprise. In his series of Nature Paintings he pours paint onto aluminum, letting natural processes do the rest of the work because as Tyson humbly states, Nature is better at painting that I am.  Still, the works may seem open to chance, but by using scientific systems and natural processes, the outcome is very much pre-determined, not by the artist but by the laws of physics.  Also, the pouring of the paint by Tyson is done in a mathematically order, leaving no actual room for an act of chance to occur. The mixture of pigments and chemicals applied to the painting’s aluminum surface are subject to gravity, heat and chemical reactions which render the resulting image.  The Nature Paintings shows this struggle between chance and determinism and this struggle can be seen throughout Tyson practice. Tyson constantly encourages the accident in order to escape the determinism of the image and does so both through interaction on the internet and investigating his own consciousness. He is captivated by the place where science and poetry mixes, where works are treated as data but yet shrouded in mystery. 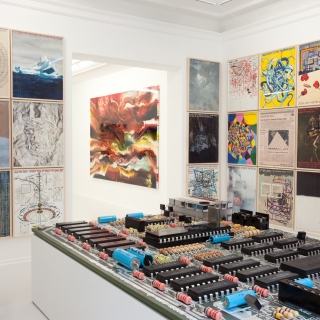 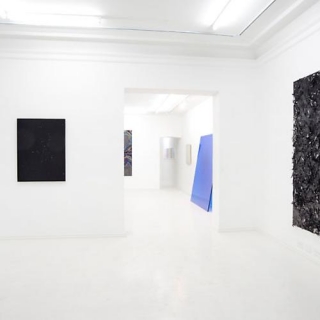 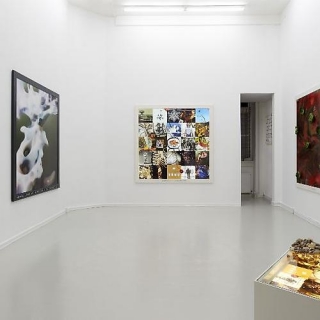 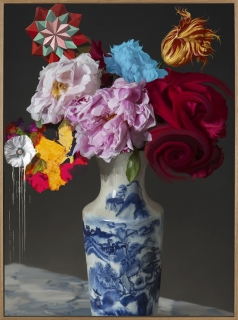 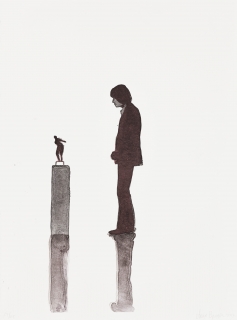 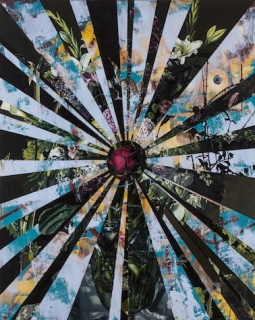 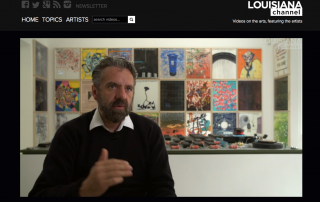 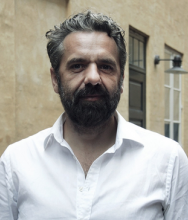 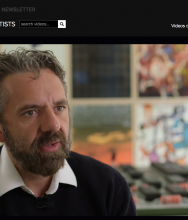